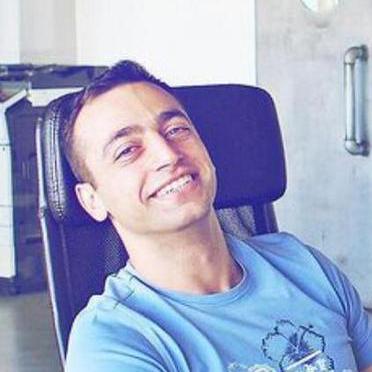 Ever wanted to modify some value or execute some statement while your C++ program is running just to test it out? Something that can’t be done through the debugger or isn’t trivial? Scripting languages have a REPL (read-eval-print-loop) - frontend web developers use the “javascript console” of the browser to test things which is available after pressing F12.

cling is an interactive C++ interpreter (developed at CERN) but since it is built on top of LLVM it isn’t easy at all to integrate in your application in an elegant way so everything is callable and works on any platform and toolchain.

RCRL is an interactive C++ compiler in a demo application with GUI which demonstrates the technique. Without further ado here is a showcasing video:

In the video some basic usage is shown and the scene is interacted with. The build system used is Ninja for the fastest possible build times. Also the compilation happens in a background process - submitting code is not blocking - our program continues to run and loads the result when ready.

How to use it

There are 3 types of sections of code that the user may submit for compilation:

Sections are changed with single-line comments containing one of the 3 words global/once/vars. For example:

In the scripting language world REPLs automatically try to print the “value” of the last statement. In RCRL we need to do the printing ourselves.

It should be noted that in the above example the variables may have been written also in global sections, but then if we submit more code for compilation as a separate step, those globals would be initialized again and there would be multiple instances of them - and that is what vars sections are for - persistent globals which are initialized only once. Also variable definitions in once sections aren’t visible outside of them since they are local variables in function scope. That will make more sense after the following section.

When we are done we can press the Cleanup button which will:

Here is what happens each time you submit code:

The .cpp file always includes a header called rcrl_for_plugin.h located in <repo>/src/rcrl/ which has a few macros and forward declarations to make everything work:

Here is how code from the different sections ends up in the source file:

The parser for vars sections is nothing special (it’s not a recursive descent parser and isn’t written like usual parsers) but is just a few hundred lines of code and is surprisingly adequate - works with very complex types with lots of templates, decltype(), auto, references and complex initializers. I could have used something proper like LibClang but decided to go with something custom and tiny instead.

There are 2 sources of limitations for RCRL:

Let’s see what C++ constructs/usages are unsupported. In vars sections:

The [*] entries can be removed by improving the parser or by using LibClang.

And here is a list of general restrictions to keep in mind:

Perhaps there are other issues I haven’t found yet but all these seem minor.

The RCRL repository is mainly a demo (tested on Windows/Linux/MacOS and uses OpenGL 2 - to build it follow the instructions in the repository). The important parts are the RCRL “engine” itself which is located in <repo>/src/rcrl/ and it depends only on the tiny-process-library third party which is a submodule of the repo and is located in <repo>/src/rcrl/third_party/. Everything else is for the demo project and the GUI. The plugin which is compiled by the engine also has a precompiled header (<repo>/src/precompiled_for_plugin.h) for speed of compilation.

The purpose of the whole repository is not to take the sources from <repo>/src/rcrl/ as they are but to adapt them to your needs - the goal wasn’t to create a one-size-fits-all solution because that is hardly possible.

The RCRL integration in the demo project is by no means optimal:

Currently there are a few preprocessor identifiers setup from CMake for the RCRL engine to use for convenience (used in <repo>/src/rcrl/rcrl.cpp):

The plugin needs to link to the executable so it can interact with the host application through the API with exported symbols. It also needs to link for the 2 functions exported by the RCRL engine for vars sections (rcrl_get_persistence() and rcrl_add_deleter()). In CMake executable targets cannot be linked against by default but this can be enabled by setting the ENABLE_EXPORTS target property to ON of the executable.

Actually the RCRL engine can reside also in some shared object and it is possible that the important parts of the host application API are implemented in other shared objects and not in the executable - in which case linking to it would be unnecessary (but still linking to the appropriate modules will be).

The entire “API” of RCRL is just a few functions in <repo>/src/rcrl/rcrl.h which have a lot of comments for them and it is used in <repo>/src/main.cpp.

Some ideas about the integration of the RCRL engine:

Anyway - I’m eager to see what the C++ community thinks of this project/technique and what comes out of it!